We care about your vision. 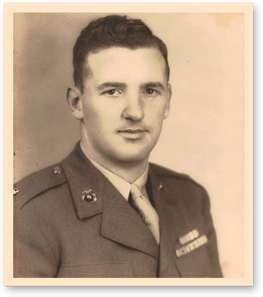 Dr. Shofner's father was a highly decorated Marine General who participated in more combat than any Marine officer in WWII.  He also led the only successful escape from a Japanese prisoner of war camp. Dr. Shofner is committed to giving back to our Servicemen and Servicewomen and their families who sacrifice so much on our behalf.  (Pictured, General Austin Shofner)

Presented by The Tennessee ESGR Committee

Renowned Eye Surgeon, Dr. Stewart Shofner of Shofner Vision Center was recently awarded the Pro Patria Award for his support in employing USAF Reservist, Lt. Col. Kevin Johnson. This is the highest level award that may be bestowed by a state ESGR committee. "I am truly honored and humbled to have received the Above and Beyond Award, the Patriot Award and most recently the Pro Patria Award," says Dr. Shofner.

The award was presented by Retired Veteran, Mr. Carl E. Lambert, CW4, Tennessee Chairman of the Employer Support of The Guard and Reserve (ESGR) on Friday, March 21, 2014.