YOUR EYES AFTER 50…WHAT TO EXPECT
DIABETES IS THE LEADING CAUSE OF PREVENTABLE BLINDNESS
GOOD NIGHT, SLEEP TIGHT, AND SEE BETTER TOMORROW
VISION LOSS CAN BE SCARY
DETECTING HEART DISEASE, DEMENTIA, AND MORE
FALL ALLERGIES CAUSING DRY EYES?
LASIK IS ON THE RISE
YOUR EYES DESERVE MORE
THE MYSTERIOUS EYE
TECH DEVICES, GADGETS, AND YOUR VISION
FLASHES, FLOATERS, AND FIREWORKS
HAVING DIFFICULTY KEEPING YOUR EYES OPEN?
FOCUSING ON WOMEN'S VISION HEALTH
ELEVATE YOUR SUMMER WITH LASIK
DITCH THE BLURRED VISION
HOW TO SEE YOUR VERY BEST
WHAT YOUR EYES AND BRAIN HAVE IN COMMON
PATIENTS' LASIK RESEARCH PAYS OFF
MACULAR DEGENERATION, ARE YOU AT RISK?
HEALTHY EYES, HEALTHY LIVES
TAKING A MOMENT FOR GRATITUDE
THE LINK BETWEEN DIABETES AND YOUR VISION
MAKE YOUR EYE HEALTH A PRIORITY
BENEFITS OF A FLEXIBLE SPENDING ACCOUNT
WHY ISN’T LASIK COVERED BY MOST INSURANCE PLANS?
GLASSES TO TREAT COLOR BLINDNESS?
CAN BLOOD PRESSURE CAUSE VISION LOSS?
EYE HEALTH TIPS FOR STUDENTS
EYES AND THE SUN
DROOPY EYES AFTER TURNING 55?
HOW SAFE ARE RETINA SCANS FOR SECURITY PURPOSES?
TOP 5 CATARACT MYTHS DEBUNKED
WILL MY VISION CHANGE AFTER 40?
IMPROVE YOUR VISION IN 2020
TIPS ON CHOOSING A LASIK SURGEON
EYE CARE SAFETY TIPS AT HOME
PATIENT SUCCESS STORIES AROUND THE WORLD
CORONAVIRUS EYE SAFETY
LIFE AFTER LASIK
SIX THINGS YOU SHOULD KNOW ABOUT AMD
LIFESTYLE TIPS FOR GLAUCOMA PATIENTS
2020 YEAR OF THE EYE
WAYS LASIK VISION CAN IMPROVE YOUR QUALITY OF LIFE
FEAST YOUR EYES ON A HEALTHY VISION DIET
EYE-OPENING STATISTICS FOR DIABETICS
ARE ONLINE EYE EXAMS WORTH IT?
"IN THE BLINK OF AN EYE"
HEALTHY AGING ADVICE FOR YOUR VISION
DON’T LET YOUR CHILD’S EDUCATION BECOME A BLUR
STAFF SPOTLIGHT – NANCEE – VALUED BEYOND MEASURE
TOP 5 CHRONIC DRY EYE MYTHS DEBUNKED
ARE CATARACTS ON THE RISE?
TOP BENEFITS OF CATARACT SURGERY
EYE-OPENING STUDIES
TOP 5 REASONS WHY SHOFNER PATIENTS CHOSE LASIK
TECHNOLOGICAL ADVANCES IN EYE CARE
Can Glaucoma Be Stopped?
HAVE YOU NOTICED VISION CHANGES WHILE DRIVING?
WHY MARK CHOSE DR. SHOFNER FOR HIS LASIK SURGERY
STAY ONE STEP AHEAD OF DIABETIC EYE DISEASE
Did You Know an Eye Exam Could Detect Certain Diseases?
Press Release - Shofner Vision Center Celebrates 25 Years of Business
Keeping a Close Eye on Healthy Aging Month
Top 5 Benefits of LASIK for Active Lifestyles
Don’t Let Cataracts Cloud Your Vision
Women are at Higher Risk for Dry Eye Disease
5 GREAT REASONS TO HAVE YOUR EYES CORRECTED WITH LASIK
HOW YOUR PET SEES YOU
Why Diabetic Eye Disease Awareness Month is Important
View All Blogs 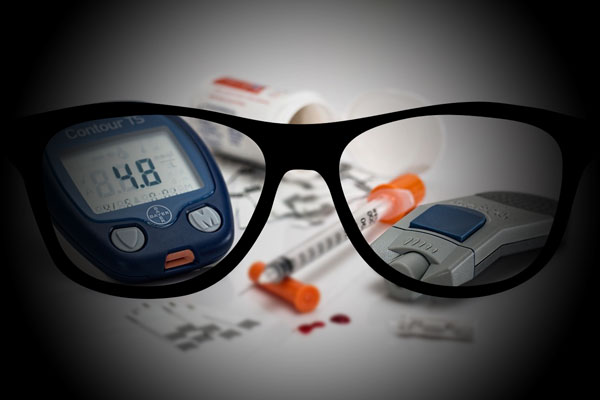 Research shows significantly more people with diabetes got their critical annual dilated eye exam during the first two years following Medicaid expansion under the Affordable Care Act (ACA). However, this encouraging increase in the exam rate did not persist beyond two years. Shofner Vision Center joins the American Academy of Ophthalmology in reiterating the importance of eye exams during the month of November, which is observed as Diabetic Eye Disease Awareness Month.

People typically don't notice changes in their vision in the disease's early stages. But as it progresses, diabetic retinopathy usually causes vision loss that in many cases cannot be reversed. That’s why it’s so important that everyone with diabetes has yearly exams for early detection. But the U.S. Centers for Disease Control and Prevention consistently reports that less than two-thirds of people with diabetes undergo their recommended annual dilated ophthalmic examination. These rates are even lower among children and adolescents with diabetes, with less than half of youth with type 2 diabetes receiving an examination within six years of diagnosis.

Health officials hoped that expanding Medicaid, the state-based insurance program that covers an annual dilated eye exam for people with diabetes, would encourage more people to get their annual exams. To assess the actual impact of this policy, researchers at Harvard and Yale evaluated the rates of diabetic eye exams in states that expanded Medicaid under the ACA compared with states that did not expand Medicaid.

Throughout the study period, expansion states had higher dilated eye examination rates compared with non-expansion states for all but these last two years. This decline in later years suggests that although health insurance did help at-risk patients receive eye exams for early detection, some patients stopped coming in after their first exams.

The only way to diagnose diabetic retinopathy is to have a dilated eye exam. For this test, your ophthalmologist will place drops in your eyes to widen, or dilate, your pupils. Dilating your pupils helps your doctor to see inside your eyes more easily and inspect for damage caused by retinopathy. Schedule your eye exam or diabetic screening today.