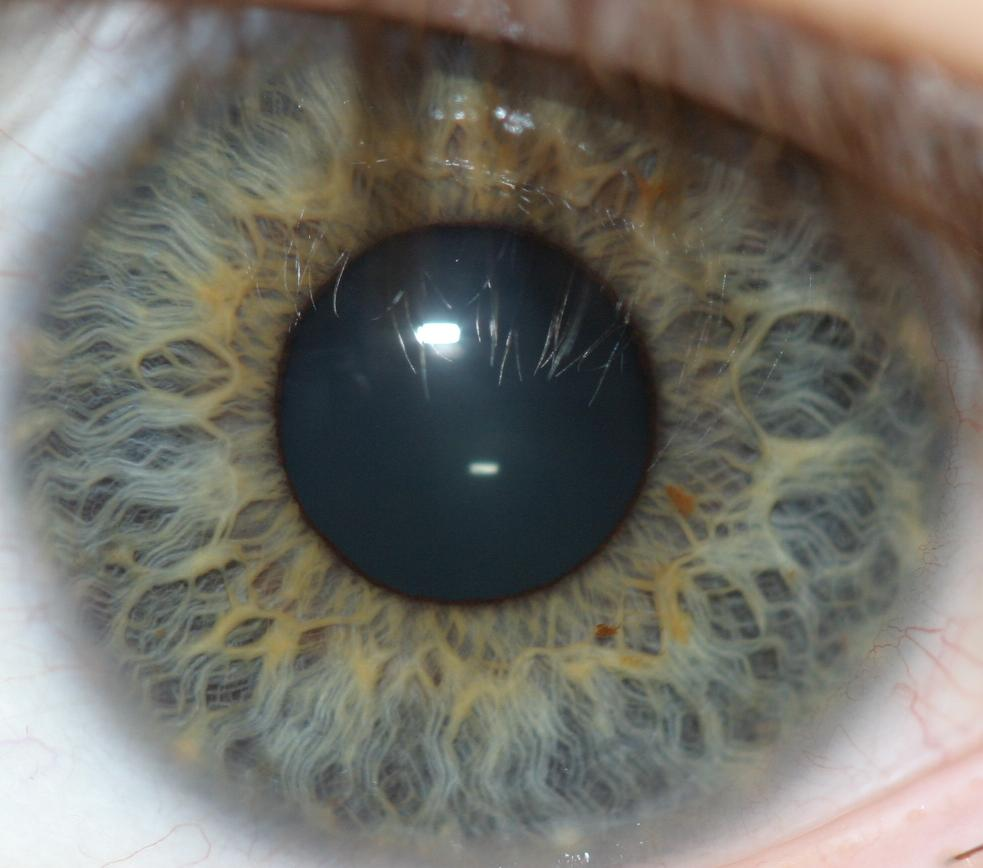 Ever heard of the phrase “Your Eyes are the Window of the Soul?” It may not be just a figure of speech. Each iris has a unique pattern of ridges and folds, specific only to you. Your left and right irises are different but will look ‘like a pair’ with similar patterns and colors. Even identical twins have different irises.

Our eyes start to develop just two weeks after conception. The iris is fully-formed in the womb and doesn’t change throughout your life, except for occasionally acquiring freckles. From an early age, you may have noticed that most people are born with unique irises (the colored parts that surround the center pupils of their eyes). Everyone has a different structure of lines, dots and colors in their iris.

According to scientists at Orebro University in Sweden, in addition to individualized color patterns, each person has their own iris type. An iris may have colored dots (called “jewels”), thin lines (called “streams”), or openings (called “flowers”). Based on their studies, the iris patterns seemed to reveal whether a person tends to be warm, sympathetic, and trusting or tends to be neurotic and impulsive.

Not only are the eyes the fastest muscle in your body, but also the second most complex organ, after the brain; and about half of the brain is dedicated to vision. Researchers argued that eye structure and personality could be linked because the genes responsible for the development of the iris also play a role in shaping part of the frontal lobe of the brain, which also influences personality.

Because of the speed and accuracy of detecting unique patterns on a person's retinal blood vessels from retinal scanner devices, they are becoming popular to use for authentication and identification purposes. Low-energy infrared light traces a path on the retina. Retinal scanning has been utilized by several government agencies including the FBI, CIA, NASA, and becoming more commercially popular. An estimated 1 billion of people around the world have been enrolled in iris recognition systems for security and convenience purposes such as: national ID, border control, finance and banking, etc.

Digital retinal imaging uses high-resolution imaging systems to take pictures of the inside of your eye. Dr. Stewart Shofner can determine the health of your retina and detect and manage health conditions including diabetes, glaucoma, macular degeneration, and more. For questions regarding retinal imaging, contact Shofner Vision Center at (615) 340-4733.